The Puerto Rican Senate and the House of Representatives have both passed an emergency declaration authorizing the governor to suspend payments on $72 billion in public debt — setting up a dramatic showdown between Puerto Rico and hedge funds amid the island’s historic debt crisis. The bill authorizes the Puerto Rican governor to “protect the health, security and public welfare … [by] using government funds first and foremost for public services.” The dramatic move comes one day after a group of hedge funds sued to freeze the assets of Puerto Rico’s Government Development Bank in efforts to stop the bank from spending money on the island that the hedge funds want to go toward upcoming debt payments.

Well, that is an interesting question. Jamie Dimon, JP Morgan CEO, is certainly not Jewish. Certainly, Bernie Madoff, who is Jewish and now a convicted felon, ripped off many Jewish investors in his billion Ponzi scheme…

US Democratic Presidential candidate Bernie Sanders was heckled on Saturday at a campaign stop at New York’s Apollo theater in Harlem by a man who accused Jews of running Wall Street.

The man was booed by the audience and Sanders went on to say that he was proud of being Jewish, that he was a supporter of Israel but that the Palestinians, also, deserved consideration.

I have read and followed many of Black’s articles on his financial analysis views. He certainly would be an asset as an economic advisor if Sanders became President. Congressional Financial committees  as well as big banks are very afraid of him to speak about today’s finances in this country…

An expert in banking corruption and finance has joined the Bernie Sanders campaign. William K. Black, an associate professor at the University of Missouri-KC, is Bernie Sanders’ new economic advisor. Black was one of the central figures in exposing and prosecuting corruption in the savings and loan crisis from the late 1980s and mid-1990s. His addition to the Sanders campaign brings important knowledge in laws pertaining to finance and banking.

The savings and loan banking crisis resulted from a multitude of causes, one of which were two laws that helped deregulate them. The Depository Institutions Deregulation and Monetary Control Act of 1980 was signed into law by President Jimmy Carter. That law allowed credit unions and savings and loans to offer checking deposits, and to charge any loan interest rate they chose.

In 1982, Ronald Reagan furthered the deregulation of savings and loans by signing the Garn-St. Germain Depository Institutions Act, which allowed property owners to put real estate into trust accounts to avoid future lawsuits or creditors. Both bills reduced regulatory oversight and by the time the crisis was in full swing in 1995, 1,043 out of 3,234 savings and loan associations had failed due to risky and illegal behavior.

Among others, Black exposed the Keating Five, a group of five senators involved in doing favors for savings and loans in exchange for contributions. Charles Keating, the chairman of Lincoln Savings & Loan was deeply involved. Sen. John McCain was one of those senators Black exposed. He, along with the rest of the senators, was reprimanded but otherwise unpunished.

Black’s tenacity in investigating the banking corruption angered so Keating, he wrote a memo ordering his death.

In 1999, President Bill Clinton signed the Gramm-Leach-Bliley Act, which repealed the Glass-Steagall Act, further deregulated banking institutions in the United States. Although some economics experts disagree on whether repealing Glass-Steagall actually had anything to do with the financial crisis that devastated the economy in 2008, many agree that its absence amplified the recession’s effects.

In 2009, Black appeared on Bill Moyers to discuss the effects of the recession caused directly by Wall Street and the reckless lending of banking institutions. During the show, he claimed that these large corporations were engaging in a Ponzi-like scheme to make bad loans purposefully to “increase their own personal income.”
Read more at http://www.inquisitr.com/2979022/banking-expert-who-exposed-savings-loan-corruption-joins-sanders-campaign/#goO95Z47gvAPrwhf.99 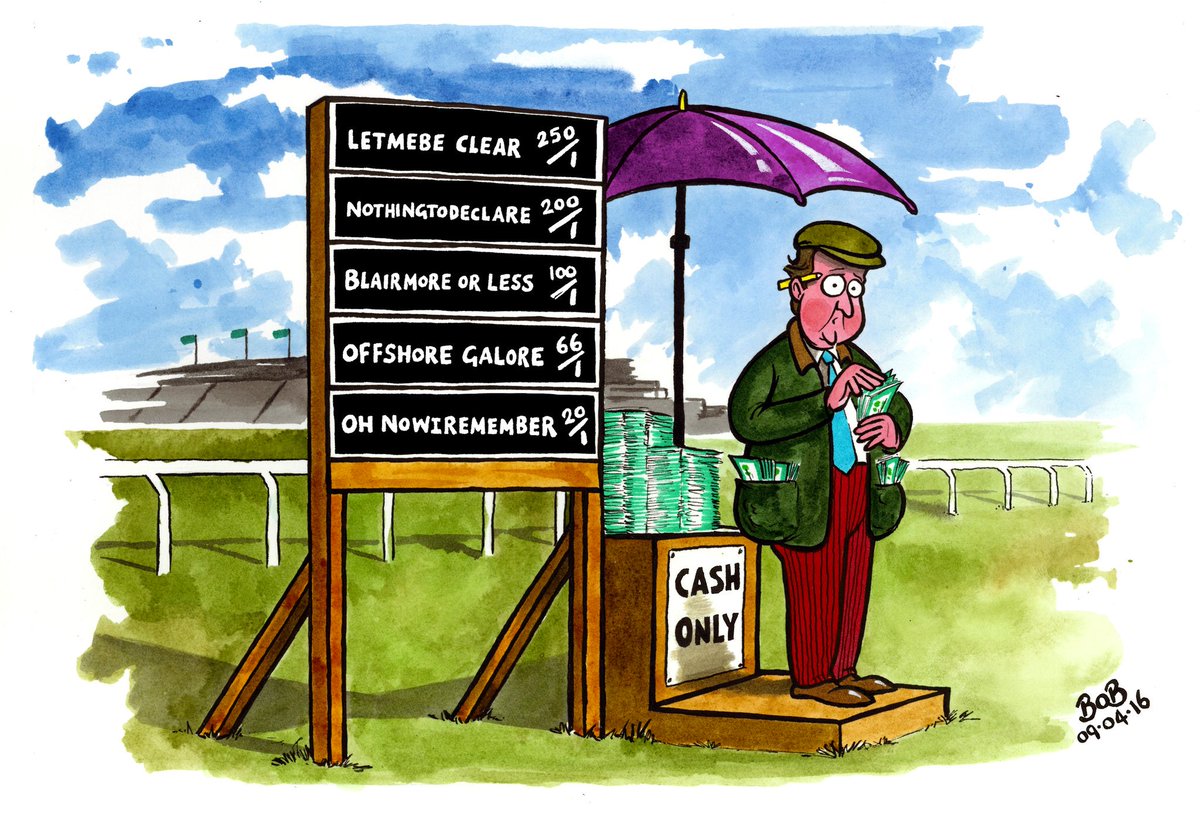 LONDON — U.K. Prime Minister David Cameron announced the creation of a task force to investigate information contained in the so-called Panama Papers, after acknowledging that his own handling of the disclosure of personal links to offshore funds had been poor.

In a statement Sunday, the government said the new force, led by the U.K.’s tax authority and National Crime Agency, would probe the leaked documents from Panama-based law firm Mossack Fonseca once it gets access to them. The force will have an initial budget of up to GBP10 million ($14.1 million) and will report to the Treasury chief and home secretary on its progress, it said.

“The U.K. has been at the forefront of international action to tackle the global scourge of aggressive tax avoidance and evasion, and international corruption more broadly,” Mr. Cameron said in the statement. “There is clearly further to go and this task force will bring together the best of British expertise to deal with any wrongdoing relating to the Panama Papers.”

Billionaire casino king: ‘Nobody likes being around poor people’

Steve Wynn has just tossed a verbal grenade into the class wars.

In a presentation to investors Wednesday night, Wynn — founder ofWynn Resorts — said his company is like a luxury brand that focuses on people with money. He explained that an environment that attracts and caters to the wealthy will attract everyone else.

This line is sure to go viral as the latest tone-deaf gaffe by a billionaire, akin to the 2014 remarks made by technology venture capitalist Tom Perkins saying that rich people were being persecuted and should get more votes.

Up until now, the financial advisers who help retirees decide where to put their investments could legally steer clients toward decisions that made themselves more money at their clients’ expense. Now that practice will be against the rules.

On Wednesday, the Department of Labor (DOL) issued a final rule that will require those advisers to adhere to a “fiduciary standard,” or in other words to always put clients’ interests ahead of their own when they make recommendations about investing in exchange for fees or other payment. They will have to make “prudent” investment recommendations, according to the DOL, that don’t take their own interests into account, as well as charge reasonable compensation that doesn’t create a conflict of interest and fairly represent their recommended investments. Compliance will be required in a year, beginning in April of 2017.

The final rule does include a carve out for advisers to keep getting some forms of compensation for their work that could potentially create conflicts of interest, such as commissions. Firms that want to keep using those forms have to get an exemption permit from the DOL that ensures they mitigate those conflicts and disclose basic information about the compensation practices to their clients. The exemptions will be phased in more gradually than the overall rule, beginning in early 2017 and going into full force in January 2018.

Not all communications between financial advisers and their clients will be covered by the new regulations, and the final rule makes explicit some of those situations: financial education, general communications like newsletters or public remarks, or dealings with other fiduciaries, for example.