The Consumer Financial Protection Bureau released a new report highlighting the dangers of such short-term borrowing for consumers who often lack other means to finance the purchase of cars and trucks.

The agency is aiming to craft new guidelines on auto-title loans, payday loans and other short-term financing, usually involving small dollar amounts, that the CFPB says hurt consumers more than they help them.
Proposals are circulating in Congress to tighten controls on these loans, but the odds of Republicans who control both chambers passing such rules this year appear slim at best. The CFPB has authority to act on its own, however. 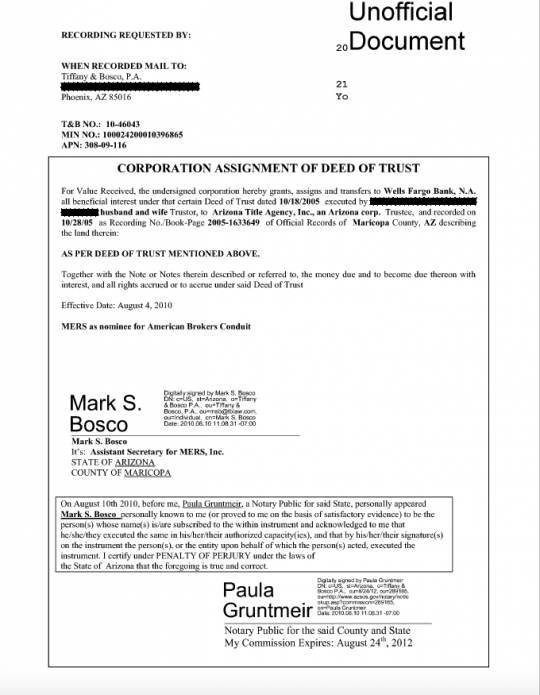 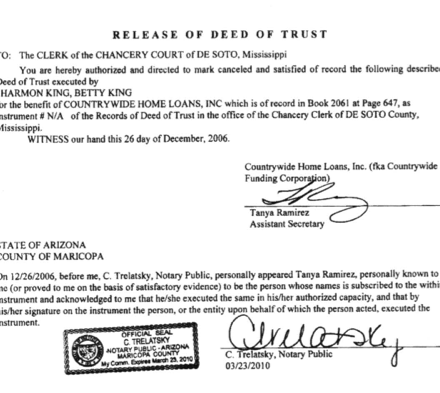 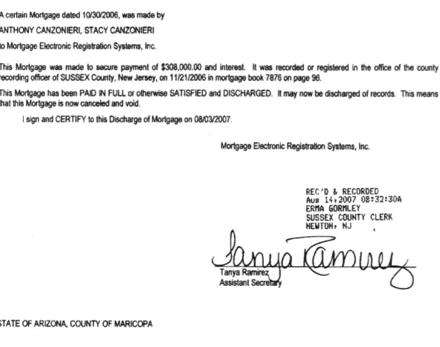 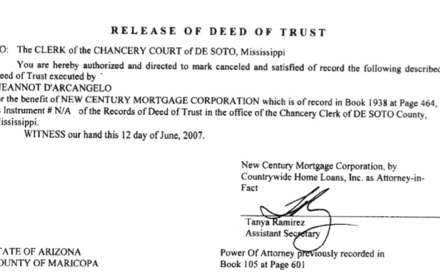 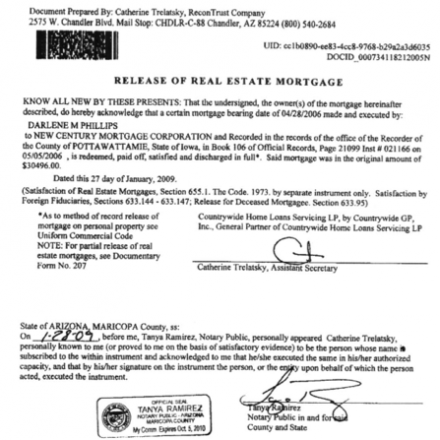 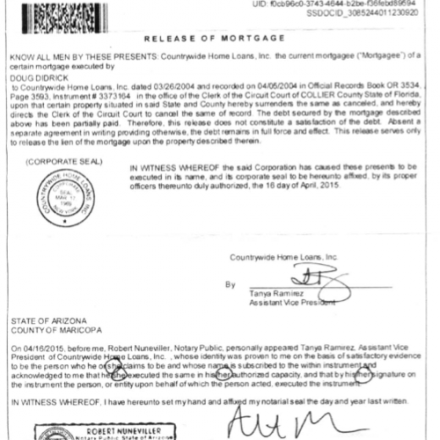 Two more bankers joined a list of currency traders suing their employers in London following $10 billion in fines dished out by regulators in the wake of the foreign-exchange scandal.

Patrice Ktorza, an executive director in FX sales who left JPMorgan Chase & Co. in August, is suing the bank for unfair dismissal, according to a court filing. Nihel Bensenane, who still works in foreign-exchange sales at Citigroup Inc., is suing in a dispute over pay and sexual discrimination, the records state.

The pair of salespeople add to a group of employees on foreign exchange desks who have sued banks in recent months following widespread firings and internal disputes in the wake of the foreign-exchange scandal. Bensenane is the fourth employee to take Citigroup to court after former traders Perry Stimpson, Carly McWilliams and Robert Hoodless sued.

With Donald Trump’s tax return dominating this part of the republican presidential candidate’s news cycle, in an attempt to deflect attention from his IRS filing which Turmp has said he won’t disclose, last night Trump filed a personal financial statement with the FEC. According to a Trump statement accompanying the release, “the newly filed PFD shows a tremendous cash flow, and a revenue increase of approximately $190 million dollars (which does not include dividends, interest, capital gains, rents and royalties),” Trump said in the release, and it was used to fund construction projects, reduce debt and fund his presidential campaign.

Trump told the FEC that his income is in excess of $557 million. “This income was utilized, among other things, for the funding of construction projects at various multi-million dollar developments, reduction of debt and the funding” of his GOP presidential campaign said the statement.

“As of this date, Mr. Trump’s net worth is in excess of $10b”: Trump statement

“Despite the fact that I am allowed extensions, I have again filed my report, which is 104 pages, on time,” Trump concluded.

JPMorgan Chase & Co on Wednesday won the dismissal of a lawsuit by former investors of Bernard Madoff’s firm who blamed the largest U.S. bank for turning a blind eye to his Ponzi scheme.

U.S. District Judge John Koeltl in Manhattan said the plaintiffs failed to show that JPMorgan had specific control over Madoff’s fraudulent activities. He also said the allegations suggested at most that JPMorgan’s conduct was negligent, not fraudulent.

A former Barclays trader accused of conspiring to rig a global interest rate said a promise to name a colleague in a book and to invite him to his bar in return for help in setting Libor was “just banter”.

Greek-born Stylianos Contogoulas told Southwark Crown Court on Wednesday that he had been instructed by his boss within days of joining the Barclays dollar desk in 2005 to tell a senior colleague the level he wanted Libor rates set at.

“‎It was done very openly and in a very normal way and gave the impression this was a regular, normal thing,” Contogoulas said on his first day in the witness box.

Contogoulas, 44, is one of five former Barclays bankers charged with conspiracy to defraud by manipulating Libor, the London interbank offered rate, a benchmark for rates on around $450 trillion of financial contracts worldwide.

Zillow survey shows experts bullish on Clinton; not so much on Trump, Sanders

If the American people choose President Trump or President Sanders, the impact on housing would be decidedly negative, according to survey results released Wednesday by Zillow.

In an effort to determine the potential impact of each of the presidential challengers, Zillow surveyed more than 100 housing experts about their expectations for the housing market, and specifically about how each presidential candidate would impact the housing economy.

The experts were asked for their view on the impact each candidate would have on home values, housing finance reform, and the overall economy.

Both Sanders and Trump do not fare well in the experts’ eyes.

According to Zillow’s survey, the housing experts said that Trump and Sanders would both have a negative impact on home values, housing finance reform and the overall economy if elected.

Clinton, on the other hand, fared better in the eyes of surveyed experts.

Zillow’s survey results showed that the experts see a positive impact on home values and housing finance reform during a Hillary Clinton administration and a neutral impact on the overall economy.

The results of the Zillow report are based on a survey of 107 experts conducted between April 25 and May 5, 2016.

Given the timeframe of the survey, the respondents were also asked about the impact of Ohio Gov. John Kasich and Sen. Ted Cruz, R-TX.

Interestingly, Kasich fared the best of all the candidates in the eyes of the housing experts.

According to Zillow, the survey respondents predicted home price appreciation would end 2016 up 4% year-over-year, up from expectations of 3.7% in the previous Home Price Expectations Survey.

But, if Sanders or Trump is elected, the economists would lower their expectations for home values and the overall performance of the U.S. economy.

“Many of the candidates’ proposals sound appealing to voters, but a closer look through the panelists’ economic lens reveals the potential impact on our economy,” Gudell said.

“The results from this survey show us that from these economists’ standpoint, the more centrist candidates from either party would be best for the economy and housing market,” Gudell continued. “Respondents saw the more polarizing political leanings of Donald Trump and Sen. Sanders as having a negative effect.”

Click on the image below to see the views of the housing experts of the candidates.

Ex-Citigroup Head Vikram Pandit Gets Back to His Finance Roots

Mr. Pandit, 59, has started a new company with an investment firm backed by Comcast Corp. that will seek big stakes in more mature financial services companies, according to people familiar with the matter.

The venture may reflect a recent shift in deal making: Venture-capital investors lately have been backing off of funding finance and banking startups, some of which Mr. Pandit has invested in recently. Meanwhile, deals for older companies that serve banks and other financial-services firms more broadly have been rising in value, with intense bidding driving up price tags of firms such as Interactive Data Holdings Corp. and SNL Financial.

Pasco County, FL – After the housing crash, the Federal National Mortgage Association, or Fannie Mae, set up the Homepath program, allowing people who planned to live in previously foreclosed homes an opportunity to buy them before investors.

But the I-Team has learned that the program doesn’t always work to put owner-occupants in homes, since rules are sometimes hard to understand and not everyone is abiding by them.

“I had my heart set on it,” said Clearwater cigar store owner Leglio Sotolongo of his dream home.

The property, located in rural Pasco County, came with a barn and stables on five acres.