Excuse me? Mitch McConnell calls for Orlando moment of silence

The #Senate will hold a moment of silence at 4:00 PM this afternoon to honor the victims of the #Orlando tragedy.

We don’t need silence, Mitch. We need action, laws, and protection in this country! Do your job and stop honoring this organization that is filling your pockets!: 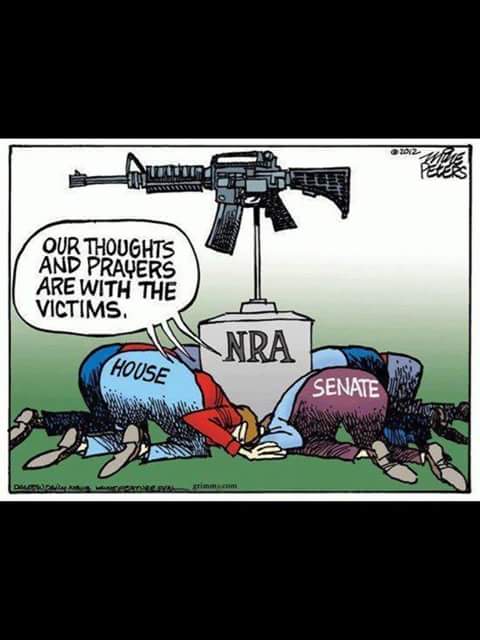 The presidential race aside, these statements could potentially fiscally impact the Trump Organization that Donald heads, and which ishelping to bankroll his presidential run.

That’s because Trump’s real estate and licensing income relies in part on wealthy Muslims, and Muslim-backed businesses, both located in the US and overseas—and particularly on a willingness to pay handsomely for things with the “Trump” name on them. Here’s a look at some of the more prominent deals and partnerships with Muslim individuals, governments, and companies that have buoyed the Trump brand over the years.

Qatar Airways: The state-owned flag carrier of Qatar, a constitutional monarchy ruled by Emir Sheikh Tamim bin Hamad Al Thani, has had a “corporate campus” in the Trump Tower on 5th Avenue in Manhattan since at least 2008. While details of the Qatar Airways lease were not immediately available, offices for rent in the building start at about $19,000 a month and can go above $100,000 a month. Qatar considers Islam the official religion and Sharia law the principal source of its legislation.

When Qatar launched flights to New York in 2007, Trump and his wife Melanie were guests at a star-studded party at Lincoln center, where they goofed around with Qatar Airways CEO Akbar Al Baker on the red carpet:

And certainly Trump sort for visas to import 1,100 foreign workers to work for his companies:

Donald Trump is staking his run for U.S. president in part on a vow to protect American jobs. But this month, one of his companies, the elite Mar-a-Lago Club resort in Florida, applied to import 70 foreign workers to serve as cooks, wait staff and cleaners.

A Reuters analysis of U.S. government data reveals that this is business as usual in the New York property magnate’s empire.

Trump owns companies that have sought to import at least 1,100 foreign workers on temporary visas since 2000, according to U.S. Department of Labor data reviewed by Reuters. Most of the applications were approved, the data show.

Nine companies majority-owned by Trump have sought to bring in foreign waitresses, cooks, vineyard workers and other laborers on temporary work-visa programs administered by the Labor Department.

The candidate’s foreign talent hunt included applications for an assistant golf-course superintendent, an assistant hotel manager and a banquet manager.

These Job Aids provide additional detailed information regarding what is required for institutions that are providing document certification and custody services on behalf of Fannie Mae. These Job Aids supplement the Fannie Mae Requirements for Document Custodians (RDC) and the Fannie Mae Selling and Servicing Guides.
We recommend that you print these Job Aids and provide a copy to your staff.

I’m not freestyling. I’m too old. I wrote you a sonnet, instead.

My wife’s the reason anything gets done.
She nudges me towards promise by degrees.
She is a perfect symphony of one.
Our son is her most beautiful reprise.
We chase the melodies that seem to find us
Until they’re finished songs and start to play.
When senseless acts of tragedy remind us
That nothing here is promised, not one day
This show is proof that history remembers.
We live through times when hate and fear seem stronger.
We rise and fall, and light from dying embers
Remembrances that hope and love last longer.
And love is love is love is love is love is love is love is love;
Cannot be killed or swept aside.
I sing Vanessa’s symphony; Eliza tells her story.
Now fill the world with music, love, and pride.

Thank you so much for this.

Awesome speech! Eat that haters! My condolences to the Orlando victims and families in that horrific hate crime. And congratulations to the entire Hamilton musical team of winning Sunday night Tony Awards.