For all U.S borrowers who between April 8, 2009 and June 30, 2015, were charged by U.S. Bank under a hazard, flood, flood-gap or wind-only lender-placed insurance (LPI) policy for residential property, and who either paid to U.S. Bank the net premium for that LPI policy or who did not pay and still owe U.S. Bank the net premium for the LPI policy, you are eligible for a potential award from the U.S. Bank Force-Placed Insurance Class Action Lawsuit! According to the lawsuit, U.S. Bank placed the insurance on borrowers’ property in such a manner that the bank would receive an unauthorized benefit and get “kickbacks” in the form of commissions from the Assurant defendants. Although U.S. Bank denies all acts of wrongdoings, they have agreed to settle the class action lawsuit in order to avoid the further risk and cost of ongoing litigation. So if you are eligible, file a claim by 8/30/2016 to receive your potential award!

A sitting U.S. Congressman who was once at the forefront of the government’s post-crisis mortgage relief efforts is now facing serious jail time after being convicted of misappropriating hundreds of thousands of dollars of federal, charitable, and campaign funds.

Rep. Chaka Fattah, D-Pa., who championed the U.S. Department of Housing and Urban Development’s Emergency Homeowner Loan Program, and three of his associates were found guilty this week for their roles in a racketeering conspiracy that stemmed from Fattah’s failed 2007 campaign to serve as mayor of Philadelphia.

Sanjay Valvani, a hedge fund manager at Visium Asset Management who was arrested last week on insider trading charges, has been found dead in an apparent suicide, the police said on Tuesday.

Valvani, 44, was discovered by his wife on Monday evening at his Brooklyn residence with a wound to his neck, a New York Police Department spokeswoman said. A suicide note has been recovered, as well as a knife, she added.

The report provided a number of rather shocking facts, including that his campaign raised just $3.1 million in May compared to Democratic rival Hillary Clinton’s $27 million.

In comparison, Mitt Romney’s campaign raised $86.5 million in May during the 2012 presidential race. And on Monday night alone, Clinton raised about $1.6 million at a celebrity-studded fundraiser in New York City.
Another eyebrow-raising tidbit: Of the $6.7 million the Trump campaign spent in May, nearly 20% went to Trump-owned businesses or family members.

Recipients of payments from Trump campaign with “Trump” in name, through May 31. Doesn’t include Mar-a-Lago/planes. pic.twitter.com/JF6skaWYGF 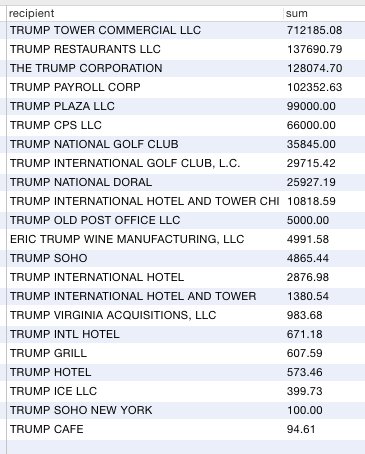 Furthermore, the filing suggests that Trump himself is drawing a salary from the campaign, which would be highly unusual. 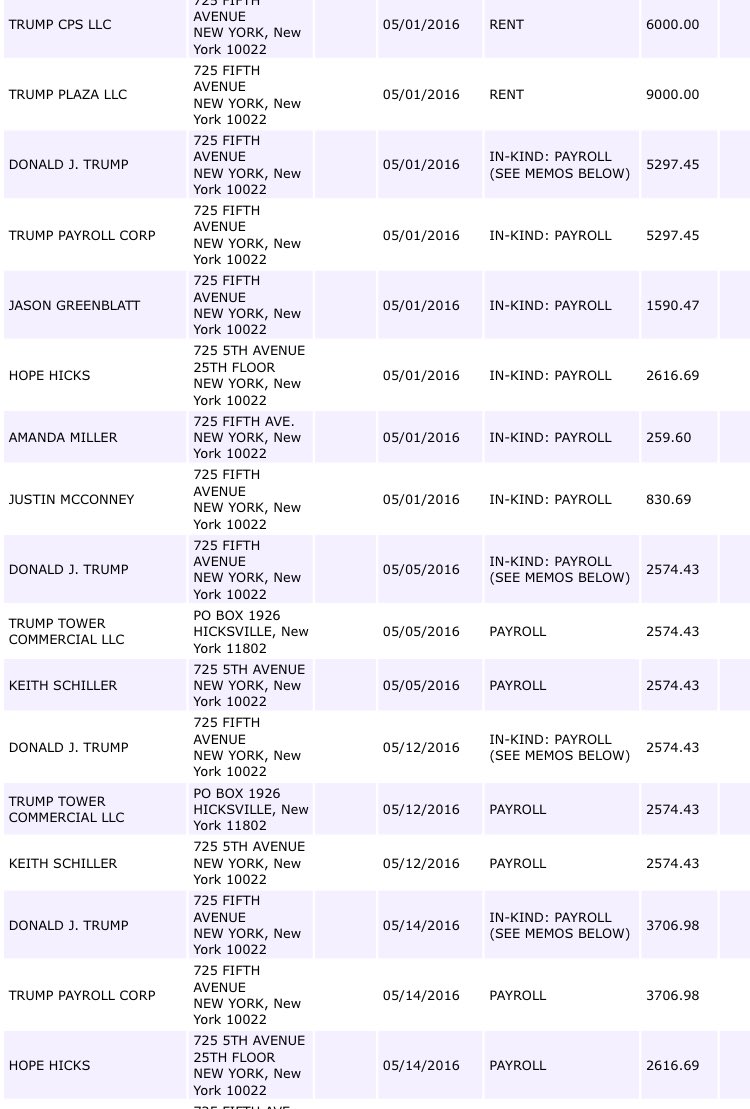 The owner of a Pennsylvania title company is facing 20 years in prison after being charged for his role in a scheme that defrauded borrowers and title insurance companies out of nearly $3 million, the U.S. Attorney’s Office for the Eastern District of Pennsylvania announced recently.

According to the U.S. Attorney’s Office, Alfred Drechsel is the owner of Lenders Edge Settlement Services and Integrity Assurance, both of which are located in Feasterville, Pennsylvania.

According to the U.S. Attorney’s Office, Dreschel allegedly used the diverted loan money to pay off other unrelated mortgages, to pay other business expenses, and for personal expenditures.

Per a release from the U.S. Attorney’s Office, the total amount of mortgages that the Dreschel allegedly failed to pay off as required by the settlement statements was approximately $2,919,186.61.

The presumptive Republican nominee’s campaign gathered just $5.6 million last month, the filing revealed, and by the end of the month it had just $1.3 million cash on hand.

$3.1 million of Trump’s haul came from campaign contributions, including a $45,000 contribution from Trump himself. Approximately $2.2 million came from loans from himself.

Trump has loaned his campaign $46 million since launching last year, according to Reuters.

The filings come as Trump’s campaign scrambles to hire ground staff to compete with the sprawling operation of his rival for the White House, presumptive Democratic nominee Hillary Clinton.

By contrast, Clinton’s team raised $28 million in May, and finished the month with $42.5 million on hand. Clinton has poured millions of dollars in television advertisements this month in crucial swing states like Ohio, Florida, and Nevada.

Trump has yet to air a television advertisement since becoming his party’s presumptive nominee in May. He has just 70 people on his staff, compared to Clinton’s 700.

As far as Bernie Sanders who still a Presidential candidate, he raised $15.6 million in May, has $9.2 million on hand:

According to Sanders’s latest filing with the Federal Elections Commission, his campaign took in $15.6 million during the last full month of campaigning. That compared with $26.2 million for Clinton, the first time all year that the presumptive nominee has decisively out-raised her surprisingly powerful challenger. And it represented a steep fall from April, when he raised $25.8 million.

As the money came in, however, Sanders spent it at a slower clip than previous months. He ended May with $9.2 million on hand, having ended the previous month with just $5.8 million. The new pace came after high-profile layoffs of staff in early states, and after a strategic decision to focus on grass-roots rallies instead of TV ads in the California primary. And even that swing eschewed some of the expenses of a similar romp through New York, as Sanders traveled by motorcade, renting a pricey campaign plane only for the final weekend of events.