Trump ripped a page from the campaign playbook of Richard Nixon, who successfully ran for the presidency in 1968 as the “law and order” candidate 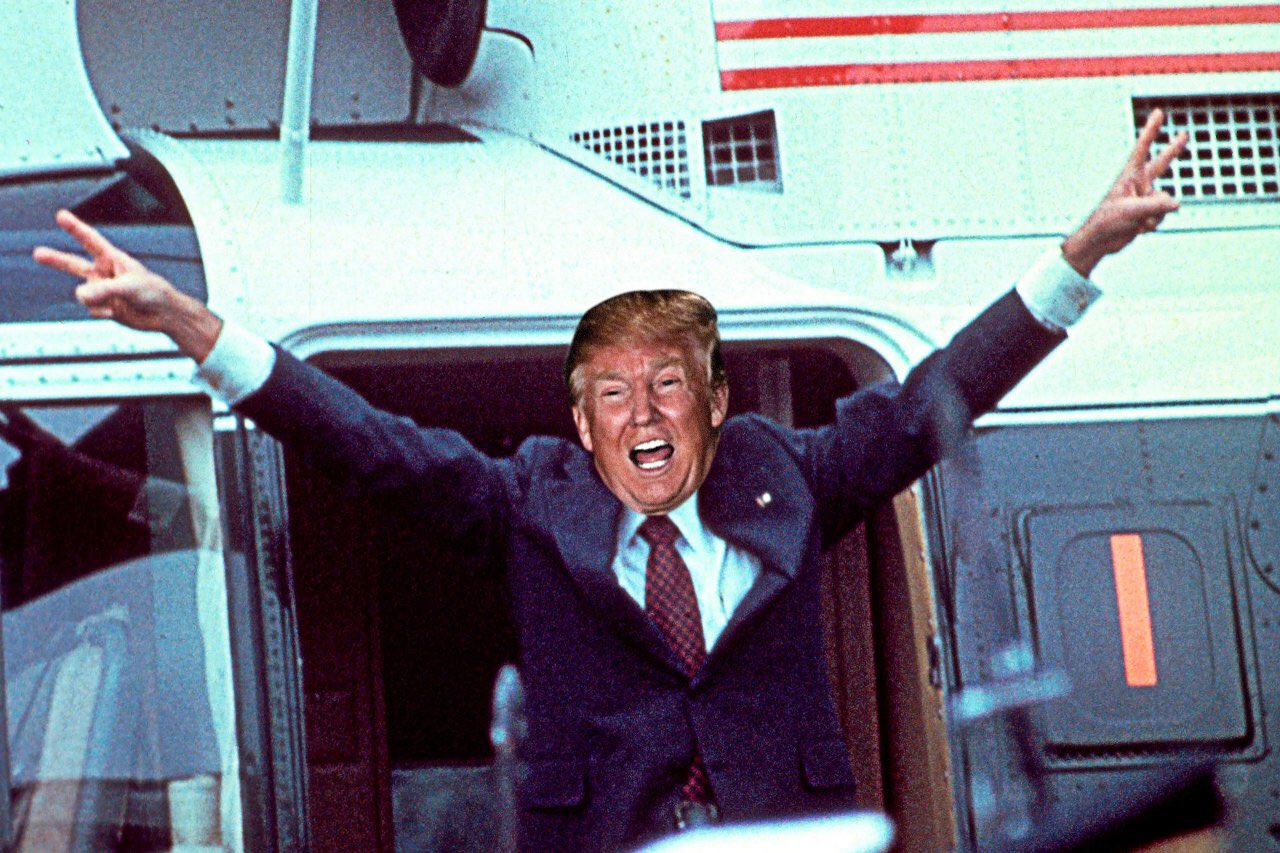 On November 5, Democrats would learn just how much they had lost touch with voters.

Meanwhile, Richard Nixon was anything but out of touch. The weeks and months he spent stumping for Goldwater and other GOP contenders gave him an up-close view of something lost on the liberals: White Americans were getting tired of them. Rick Perlstein says Nixon could see that voters “were angry at liberalism, angry at race riots in the city, and angry at violence on campuses.”

In a world that seemed to be falling apart at the seams, Perlstein says, “Richard Nixon reestablished himself as a figure of destiny by speaking to people’s craving for order.”

Accepting the Republican nomination for president at the convention in Miami, Nixon spoke to what he called “the great majority of Americans, the forgotten Americans, the non-shouters, the non-demonstrators.” The first civil right in America, Nixon said, was the right to be free from the violence of civil unrest.

And interesting story of the connection with Roger Ailes and Richard Nixon:

A central architect of Nixon’s television campaign was a young producer for the Mike Douglas Show, Roger Ailes. Nixon met Ailes when he was a guest on the show in 1967. Sitting in a make-up chair, Nixon said it was silly to have to go on TV to get elected president. According to Rick Perlstein, Ailes’ response was a surprise. “Mr. Nixon,” Ailes said, “if you think this is silly you’ll never become president of the United States.” Nixon liked the young prodigy and put Ailes on the payroll. (Ailes later played a crucial role in the campaigns of Ronald Reagan and George H.W. Bush, and went on to become the head of Fox News.)

Nixon’s media team scrutinized their candidate’s earlier television appearances and agreed Nixon came off best in more informal settings, places where he could speak extemporaneously. So they began to stage artificial town hall meetings – called “Man in the Arena” – where Nixon would take questions from a handpicked crowd of supporters. The idea was to destroy the image of Nixon as a loser by showing him as a fighter, someone who could survive tough questions on the public stage.

In one exchange a black man asks Nixon whether the candidate’s call for “law and order” has a different meaning for black Americans demanding equality than for white bigots who have “slaughtered, murdered, maimed” black people all over the South. Nixon defends his use of the term. “I don’t go along with people that say law and order is a code word for racism,” Nixon says. Minorities should be especially concerned about law and order because, he says, “if you have mob rule, eventually the majority’s mob will rule and the minority will have no rights at all.”

Nixon concludes with one of his stock lines, “Law and order is in the interest of all Americans. Let’s just make sure that our laws deserve respect; then, they will be respected by all Americans.” The crowd erupts in applause.