The Elephant in the Room – Why no TBTF Prosecutions? 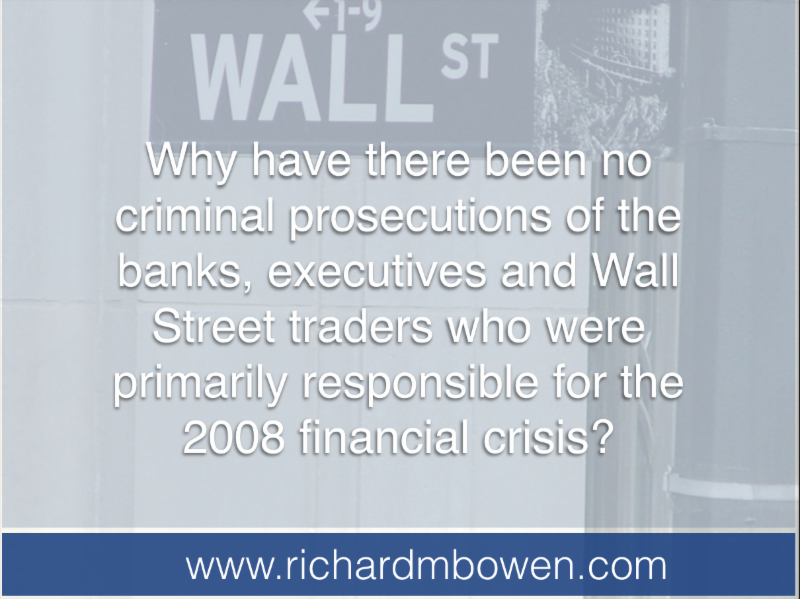 The elephant in the room is still why there have been no criminal prosecutions of the banks, executives and Wall Street traders who were primarily responsible for the 2008 financial crisis. There has been no obvious answer, although our Department of Justice continues to dance around the question.
In his most recent article, my friend William D. Cohan, author of the newly released bookThe Price of Silence, and several  outstanding books on the financial crisis, gives us a clue and poses some thought provoking questions.  A former investigative reporter for the Raleigh Times, he worked on Wall Street for seventeen years as a senior mergers and acquisitions banker.
In this recent post, he states “One of the enduring mysteries of the 2008 financial crisis has been why the Justice Department made so few attempts to prosecute the individuals responsible for it, given the abundance of tangible evidence of wrongdoing by Wall Street bankers, traders and executives in the years leading up to the great unwinding.”
A mystery indeed.
Read More
Regards,
Richard
Richard M. Bowen III
richard@richardmbowen.com
www.richardmbowen.com/
214- 604-5492