Plaintiffs’ Response in Opposition to the Defendants’ Motion to Dismiss and Alternative Motion to Extend Time
download: http://goo.gl/FwlG2M

A. Defendants’ Factual Characterization of the Service of Process Event Is at Odds With the Real-Time Audio and Video Footage

Defendants’ motion to dismiss heavily relies upon the sworn declaration of Rebecca Herries (“Ms. Herries”). [Dkt. No. 10]. The sworn statements by Ms. Herries are at odds with the real-time audio and video footage of the exchange between the process server and Ms. Herries. https://www.youtube.com/watch?v=D3FMgZruOXE at 12:00-12:14 (last visited, Aug. 4, 2016).

According to Ms. Herries’ sworn statement, she personally interfaced with the process server (Shawn Lucas) as follows:

Unfortunately, the plantiff’s process server, Shawn Lucas was found dead. No cause of Lucas’ death yet:

This is Trump’s economic team that he chose. And yes, Steven Mnuchin who benefitted from the housing crisis is on the list. Enough said.

Donald Trump has released the names of his economic advisers, a list heavy with Wall Street and real estate industry figures, but short of actual economists.

One major oil industry executive is on the list: Harold Hamm, CEO of Continental Resources, who made a fortune in Bakken Shale formation and is said by Forbes to be worth almost $13 billion.

The Trump campaign said in a statement that the team is comprised of the “top economists in the country as well as the most successful industry leaders in finance, real estate and technology.”

WASHINGTON—The Justice Department asked a federal appeals court to reconsider its ruling throwing out a civil mortgage-fraud case against Bank of America Corp., in an uphill effort to rescue one of its highest-profile cases tied to the financial crisis.

The U.S. attorney’s office in Manhattan said in a Thursday filing the court had “overlooked a wealth of evidence” in reaching a May decision that found the government hadn’t proven fraud by Bank of America’s Countrywide unit over a program dubbed “Hustle.”

The court said at the time the case amounted only to breaches of a contract, a stunning setback for the government’s efforts to levy tough fines on corporations and executives. The court also threw out a related penalty against a Countrywide executive, one of the few individuals fined for alleged misdeeds during the crisis.

Another day, another settlement…

There was an art opening in New York city on Thursday night, featuring the work of Pennsylvania artist Jesse Krimes. Work that he happened to create on the sly, behind bars, during his nearly six years in prison.

As it happens, his New York opening comes as JPMorgan Chase agrees to pay $446,822 to settle a lawsuit from former inmates, including Krimes — the lead plaintiff in the case. The financial services firm issued them debit cards to help them get back on their feet, but inmates say that JPMorgan charged them exorbitant, sometimes hidden, fees.

Democrats want reform — but court big money in the meantime 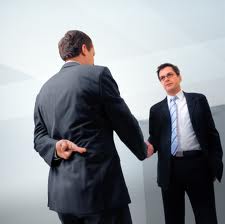 Sooner or later, campaign finance will be reformed and Citizens United will be overturned (California will have Proposition 49 to overturn Citizen United on the ballot in November).

PHILADELPHIA — Political candidates should not “depend on large contributions from the wealthy and the powerful,” Democrats on Monday declared while kicking off their national convention.

But the rest of the week made this clear: Democrats have a light year to go before ever reaching that goal.

Banners decorating lampposts along major thoroughfares carried the names of top convention sponsors, such as Comcast, AT&T and Amalgamated Bank.

And the swank lobby of the Ritz-Carlton, with its marble columns and soaring, domed ceiling, was packed all week with the Democrats’ most stalwart bankrollers.

The irony wasn’t lost on anyone.

At the Ritz, which housed elite contributors, donors mingled with lawmakers, shaking hands and greeting their benefactors and other acquaintances.

A long line of dark SUVs lined the sidewalk outside the Ritz, waiting to ferry deep-pocketed contributors from luncheons to cocktail hours to special briefings with top officials.

Democratic U.S. Sen. Ron Wyden of Oregon, while surveying the Ritz lobby, said he and many other lawmakers live a “dual existence.”

Now Donald Trump today walked back a claim that he saw a video of U.S. officials giving Iran a $400 million payment. Trump tweeted:

The plane I saw on television was the hostage plane in Geneva, Switzerland, not the plane carrying $400 million in cash going to Iran!

Maybe Trump “thought” what he saw was this:

Footage from an Iranian documentary shows palette of cash

We asked the BBC Monitoring team, which examines and interprets media around the world, if they could find any such video.

The nearest they came up with was from a documentary called “The Rules of the Game” which was broadcast on Iranian state TV in February.

Shots of an airport are accompanied by commentary which references 17 January in Tehran’s Mehrabad Airport.

There is also a shot of a loaded crate, partially blurred out, but it is far from clear whether or not this is a crate of cash, let alone whether it is the money in question.

A translation of the commentary with the pictures reads as follows.

“Early hours of 17 January 2016, Mehrabad Airport (Tehran), $400m cash was transported to Iran by an airplane.

“A little bit later, part of the interest money was also paid to Iran, and the US government made a commitment to pay the rest of Iran’s money.”

It is not clear if this is intended to be a literal description or whether the shots are just general views of the airport.

In any case, whether or not these pictures show the transfer of the cash, they do not appear to match Mr Trump’s description of what he says he saw, nor his spokeswoman’s explanation. 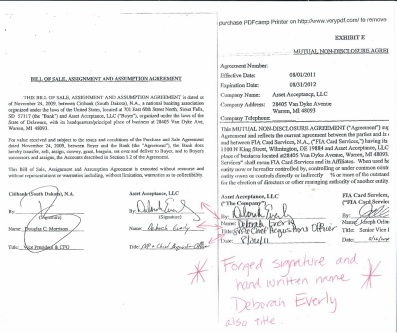 Great example. CFPB and FTC need to investigate this..

Asset Acceptance is a debt buyer which means that its primary business is the purchasing of defaulted debts from lenders and subsequent collection of those debts through normal debt collection activities.

Under FTC Settlement, Debt Buyer Agrees to Pay $2.5 Million for …

Jan 30, 2012 – In addition, the company, Asset Acceptance, LLC, has agreed to tell consumers whose debt may be too old to be legally enforceable that it will …

Jan 31, 2012 – the Complaint herein; Defendant, Asset Acceptance, LLC, has waived service of the Summons and Complaint; the parties have been …

Citigroup Inc. bought a multibillion-dollar book of credit derivatives from Credit Suisse Group AG during the second quarter of this year, in another sign of European banks unloading risk.

Switzerland’s Credit Suisse disclosed the sale of a portfolio comprising around 54,000 credit derivative trades in its second quarter results on July 28. The book was sold to Citigroup, according to a person familiar with the matter. Bloomberg reported Citigroup’s purchase earlier on Friday.

The move comes amid a broad shift in investment banking, with many European banks scaling back capital-intensive trading businesses and better capitalized U.S. lenders often stepping in to buy them.

For Credit Suisse, the sale was part of a broader reshaping of its business as the bank looks to dial back on volatile investment banking and boost wealth management.

I knew I recognized the same animal rights organization that disrupted Bernie Sanders’ rally in Oakland, CA back in May:

The activists were quickly apprehended, but they got close enough to the stage to make one Secret Service agent hug the presidential candidate in a protective embrace. The activists, all members of the animal liberation network, Direct Action Everywhere, interrupted Sanders’ speech for 60-seconds.

What is interesting is that “Sanders has co-sponsored legislation that protects the interests of animals and point to a 100% rating in a report card issued by the Humane Society Legislative Fund.”

Nevertheless, Hillary Clinton was targeted by the same animal rights organization on Thursday. Here is the organization’s press release:

August 4, 2016, Las Vegas, NV – Today several activists with the animal liberation network Direct Action Everywhere (DxE) interrupted a rally by Secretary Hillary Clinton with signs and placards calling for Clinton to support animals’ right to be free from harm. While Clinton rallied the crowd at the International Brotherhood of Electrical Workers Local 357 Hall, activists emerged from the crowd and climbed over the barricades around the stage with signs declaring “Hurting Animals is not Progressive” and “Until Every Animal Is Free.” The activists released an open letter this morning detailing the need for Secretary Clinton to take a stronger position for animal rights and against the raising and killing of animals for food.

“Clinton’s words on animals are contradictory. She says she supports animal rights while at the same time she and her running mate support an industry – animal agriculture – whose purpose is to kill them and deprive them of freedom,” said DxE organizer and letter author Kitty Jones.

DxE activists have made headlines during the presidential campaign with disruptions of political candidates from Bernie Sanders to Chris Christie, calling out candidates’ support for animal agriculture and demanding that candidates support animal rights. Activists generated intense public discussion around Sanders’ record as a progressive on issues from foreign policy to the economy but not on animal rights.

Following their dramatic protests during the primary season, DxE activists this morning issued an open letter to Secretary Clinton, declaring that “The Clinton platform on animal rights… rests on a contradiction.” The Clinton campaign released the first ever animal platform by a major presidential candidate, but the activists charge that its call for humane farming is vague and weak. The activists cited recent exposes showing the falsehood of “humane” animal farming and implored Secretary Clinton to call for an end to government support for animal agriculture, including both financial support and product promotional programs that are currently the subject of a reform bill in the U.S. Senate.

There is nothing wrong of protesting as that is one’s freedom of speech. What I like to know is when is this organization going to protest Donald Trump’s rally? Memo to Direct Action Everywhere: Ask Donald Trump what is his stance is on animal rights..

And this kind of tweet has no place in political dialogue, period…

An Inland Republican Party official resigned from his state government job Thursday, Aug. 4, a day after he sent tweets from the party’s official Twitter account that featured a menacing hangman and the words “I’m Ready for Hillary.”

Nathan Miller stepped down and admitted sending the tweet, said Russell Lowery, chief deputy to Board of Equalization member Diane Harkey. Miller had worked as an advisor to Harkey, an elected Republican official, for about nine months, Lowery said.

Lowery did not know whether Miller, who lives in Corona, was on taxpayer time when he sent the tweets. State law forbids public employees from engaging in political activities during work hours.

Secret Service agent Robert Savage confirmed the agency was aware of the tweets, which could be construed as a threat to Democratic presidential candidate Hillary Clinton, although he added: “We don’t discuss protective intelligence investigations.”
RELATED: Tweet about hanging Hillary Clinton posted by Riverside County GOP

Miller, who is vice president the Riverside Community College District Board of Trustees, did not immediately respond to requests for comment Thursday. His Facebook page listed him as a deputy district director for the Board of Equalization, which administers taxes and oversees fee collections.

On Wednesday, Aug. 3, the county GOP’s official Twitter account sent out two tweets of the picture, which featured a portrait of a masked hangman holding a noose with blood on his shirt and running down his apron. The words “I’m Ready for Hillary” were directly below the hangman.

The tweets were made in response to a Democrat who tweeted at the county GOP asking where she could find “Republicans for Hillary” signs. One of the hangman tweets included the caption: “sorry they never arrived but this is pretty popular.”