Preet Bharara is greatly feared on Wall Street. As the U.S. attorney for the Southern District of New York, Bharara has prosecuted dozens of high profile bankers on insider trading and securities fraud.

He said the key ingredient to fixing big banks’ terrible tendencies is to create a culture of integrity. And all too often it’s lacking, Bharara said Thursday at the New York Federal Reserve’s annual conference on banking culture.

“Everyone from the mail room to the board room needs to feel it in their bones, that the bosses care about integrity,” he argued.

Bharara said it isn’t enough for financial firms to just check the boxes and say they comply by the rules. There needs to be an overarching sense that honesty, integrity and transparency are behind a company’s framework.

He said the most toxic culture is one of silence. Bharara sees it across many of his cases, not just on Wall Street but also on drug dealers, crooked cops and terrorists. He pressed the audience not to “look the other way, to conform.”

His speech followed remarks earlier in the day by New York Fed President William Dudley who said big bank had lost their credibility with the public after years of “deep-seated cultural and ethical problems.” 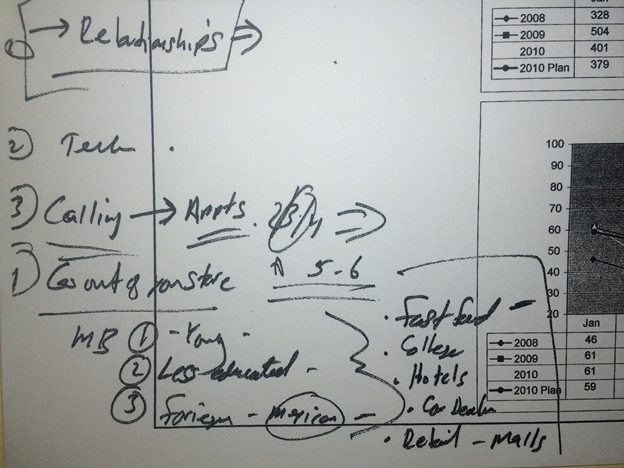 During a branch visit, a manager said to target the young, the uneducated, and foreigners who didn’t speak English well, a former Wells Fargo employee told BuzzFeed News.

A Wells Fargo district manager from Washington state allegedly outlined in a 2010 speech the three types of customers that sales employees should target for opening new, and often unneeded, accounts: “young, less educated, and Mexican,” a former sales employee who was at the event told BuzzFeed News.

The district manager came from a high-performing branch to the employee’s Washington branch to deliver a training address that the employee, who worked as a personal banker, compared to the one “Alec Baldwin gave in Glengarry Glen Ross.”

The employee left the bank in 2011 and wished to remain anonymous because he still works in the industry, which he described as “very sensitive to the press.”

During the event, the employee asked if he could keep a sales sheet on which the manager allegedly wrote “Mexican” and other notes during the training session. The employee then provided the notes to BuzzFeed News:

“Young people who didn’t know better, and we could convince them without much pushback,” the employee said in an email. “Less educated people were an easy target for selling additional checking/savings accounts.”

But, the employee said, the “truly insulting” target was foreigners. The manager “went on to explain that foreigners, especially Mexicans, didn’t understand English very well, so they would say ‘yes’ or agree to what we were selling more often than not.”

“The things he outlined in the path to success; that’s when I knew this cannot be right,” the employee said. His coworkers at the meeting were also shocked, he said. “You could have heard a pin drop.”

Bank of America, Citigroup and JPMorgan shut 389 branches since the third quarter of last year.

Bank of America, which had over 6,000 branches before the financial crisis has now shrank to 4,629, according to third quarter accounts.  The bank has cut 112 financial centers from last year.

Paul Donofrio, CFO of Bank of America, said the closing of branches was part of a “shift to self-served digital channels, mobile, online, and ATM” in a 3Q earnings call transcript.

Wells Fargo not only fired the 5,300 employers for the fake account scandal but the bank ruined their careers in the banking industry…

Former Wells Fargo employees tell NPR that managers at the bank retaliated against them for calling the company’s ethics line and pushing back against reckless sales practices. They say the bank fired them or pushed them to resign and then, in effect, put a scarlet letter on their permanent record that has damaged their careers and prevented them from getting hired by other banks.

Wells Fargo has been engulfed in a major banking scandal in recent weeks. Employees opened up as many as 2 million accounts for customers who didn’t want them and didn’t even know they existed. Regulators said all this amounted to rampant fraud within the bank, and so far they have hit Wells Fargo with penalties totaling $185 million, including the largest such penalty ever levied by the Consumer Financial Protection Bureau.

Given his outspoken criticism of the unethical sales practices in the branch where he worked, Jeremy says, he couldn’t believe it when in late 2008, his manager called him into his office. There was someone from HR there too. And Jeremy says he was told basically he could quit, or the bank was going to open an investigation into whether he opened accounts for customers without their consent. He says he was told if the investigation began, there was a good chance he’d be fired. Jeremy figured this was retribution for his speaking out. He was 26 years old. He got scared and he quit. “I went to lunch, came back and I said nope — I’m outta here, I’m done.”

But it wasn’t that simple. Jeremy didn’t realize it at the time, but Wells Fargo wrote him up on what’s called his U5 document. It’s like a report card for bankers. And the bank put what amounted to a big red flag on it. Jeremy soon found he couldn’t get hired by any other bank.