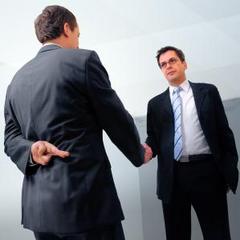 Donald Trump’s inaugural committee is offering huge perks — prime tickets, luxurious lodging, access to the president-elect himself — in exchange for six- and seven-figure contributions from individual and corporate contributors.

Donors in the “$1,000,000+” category will receive four tickets to a “leadership luncheon” billed as an “exclusive inaugural event” for donors in that category and featuring “select Cabinet appointees and House and Senate leadership to honor our most generous inaugural supporters,” according to a brochure obtained by theCenter for Public Integrity.

They’ll also get four tickets to a dinner with Vice President Mike Pence and his wife, Karen, and eight tickets to a “ladies luncheon” billed as “an opportunity to meet the ladies of the first families.” In addition, they’ll receive tickets to a series of other dinners and receptions featuring Trump, Pence and other officials, and eight “premier access” tickets to a black-tie inaugural ball attended by the president, vice president and their wives.

The donor packages offer tickets to Trump’s swearing-in ceremony, although the packages include an odd caveat noting that “this congressional ceremony is not part of our official package; however, Presidential Inaugural Committee (PIC) will have access to tickets.”

The Center for Public Integrity confirmed the brochure’s authenticity with three sources familiar with the donor packages. Spokespeople for Trump, as well as Tom Barrack, the chairman of Trump’s inaugural committee, as well as other members of the committee, could not immediately be reached for comment.

FBI may have also been investigating Trump

Eleven days before the election, FBI director James Comey wrote a letter to Congress letting them know that the agency had found additional emails that “appear to be pertinent” to the bureau’s investigation of Hillary Clinton’s private email server.

It was extremely unusual for the FBI to be so forthcoming about an investigation, and the move drew harsh criticism from both Democrats and Republicans who accused Comey of deliberately trying to turn the election in Trump’s favor.

Ten days after the election, the FBI responded to a longstanding VICE News Freedom of Information Act lawsuit, revealing that the bureau may very well have been investigating Donald Trump as well.

In September, VICE News and Ryan Shapiro, a doctoral candidate at MIT and research affiliate at the Berkman Klein Center for Internet & Society at Harvard University, filed the lawsuit against the FBI demanding documents connected to a pair of incendiary comments Trump made on the campaign trail over the summer. In July, he called upon Russia to track down “30,000 emails [from Hillary Clinton’s private email server] that are missing.” And at an August campaign rally in North Carolina, he made a statement that was widely interpreted as calling for the assassination of Clinton.

We sought this information from the FBI after receiving a tip that the bureau, in addition to the Secret Service, was probing the incidents. We asked the FBI to grant us expedited processing because there was an urgent need to inform the public before they went to the polls on November 8.

But the FBI refused to respond to our request before the election, instead dating it Nov. 18; we received it in the mail Nov. 28.

“The nature of your request implicates investigative records the FBI may or may not compile pursuant to its broad criminal and national security investigative missions and functions,” said the bureau’s response, which is embedded at the end of this story. “Accordingly, the FBI cannot confirm or deny the existence of any such records about your subject as the mere acknowledgment of such records existence or nonexistence would in and of itself trigger foreseeable harm to agency interests.”

This is what’s known as a Glomar response, a term that came into use after the CIA denied a reporter’s request in the 1970s for information about a CIA ship, the Glomar Explorer, designed to recover a sunken Russian submarine. The agency refused to either confirm or deny the ship’s existence.

The FBI’s response states that any records the FBI has must be withheld because disclosure would interfere with enforcement proceedings and disclose information vital for effective investigations. This response is highly suspicious.

Traders would routinely disclose client orders to rivals and salespeople would warn preferred clients about trades before they moved markets if it benefited Citigroup, Baris Ozkaptan, who is suing the bank for unfair dismissal, said in a witness statement made public Tuesday by a London employment court.

“The bank either turned a blind eye or took very limited action, which was consistent with the general approach to sharing client information at that time,” Mr Ozkaptan said in the statement.

“If there was wrongdoing, it was not the fault of one or even some, it was in my view based on a misunderstanding, fed by a culture that applied to everyone.”

Investors, including the state treasurers of Connecticut and Illinois, called on Wells Fargo & Co to require an independent board chair, saying the bank needs stronger oversight in the wake of a scandal over fake customer accounts.

Although Wells Fargo already has shuffled its leadership structure, Connecticut Treasurer Denise Nappier on Tuesday said the investor group has filed a shareholder resolution for the San Francisco bank’s annual meeting next spring seeking a change in its bylaws.

Improvements need to be formalized, she said, because a board whose chair is also chief executive – the dual role once held by John Stumpf at Wells Fargo – creates a potential conflict of interest.

Nominating Mnuchin for Treasury Will Dredge Up Mortgage Meltdown Controversies

Is Oswald Chesterfield Cobblepot, Mayor of the city of Gotham, on Trump’s list?

Dubious lending practices. Bailouts. Foreclosures. Robo-signing. Huge executive paydays. If Steven Mnuchin is nominated for Treasury secretary, his confirmation process promises to dredge up every controversy of the U.S. mortgage meltdown almost a decade ago.

Mnuchin is a former Goldman Sachs Group Inc. partner and movie financier with no government experience who spent the past six months working as Donald Trump’s chief fundraiser. Trump’s transition team recommended Mnuchin for the Treasury job, people with knowledge of the matter said last week, and a decision could come any day. The part of his background that’s likely to get the most scrutiny is the six years he spent running OneWest Bank, a Southern California lender.

In 2009, during the depths of the financial crisis, Mnuchin joined with a group of former Goldman Sachs colleagues and billionaires to buy the remnants of IndyMac, which had collapsed after bingeing on reckless home loans during the frenzy of California’s subprime-mortgage boom. They changed the name to OneWest, turned it around and sold the bank for a big gain last year. Mnuchin may have personally gotten more than $200 million in proceeds from the sale, according to Bloomberg calculations. That doesn’t count any dividends or payments he might have received as chairman and chief executive officer of OneWest’s parent company.

The bank carried out more than 36,000 foreclosures during Mnuchin’s reign, according to the California Reinvestment Coalition, a San Francisco-based nonprofit whose deputy director, Kevin Stein, dubbed the bank a “foreclosure machine.” The group has accused OneWest of shoddy foreclosure practices and avoiding business in minority neighborhoods, claims the bank has denied.

Outside of legislative action, who Trump appoints to the Fed will play a significant role in how the institution operates going forward. In particular, there is great focus on the vice chair of supervision, a position created specifically to monitor the Fed’s expanded powers as a financial regulator.

That position was created as part of the Dodd-Frank financial reform law as a focal point for new regulatory powers, but President Obama never nominated someone to fill it. That allows Trump to make a significant mark on how the Fed operates as a regulator with just one selection.

The chairman of the California Senate’s banking committee blasted Wells Fargoon Monday for failing to answer questions about the bank’s accounts scandaland for not sending Chief Executive Tim Sloan or another representative to a committee hearing.

Committee Chairman Steve Glazer (D-Orinda) said he called for Monday morning’s hearing only after the San Francisco bank failed to adequately answer questions he put to bank officials over the last six weeks.

Those questions, which echo inquiries by lawmakers on Capitol Hill, include when executives first knew about the creation of unauthorized customer accounts and why the bank’s board and investors were not notified about the practice sooner. Glazer said he invited Sloan to address those questions at Monday’s hearing, but neither Sloan nor any other Wells Fargo executive attended.