Posted on December 18, 2016 in Uncategorized

A charitable fund of the Rockefeller family – who are sitting on a multibillion-dollar oil fortune – has said it will withdraw all its investments from fossil fuel companies.

The Rockefeller Family Fund, a charity set up in 1967 by descendants of John D Rockefeller, said on Wednesday that it would divest from all fossil fuel holdings “as quickly as possible”.

The fund, which was founded by Martha, John, Laurance, Nelson and David Rockefeller, singled out ExxonMobil for particular attention describing the world’s largest oil company as “morally reprehensible”.

John D Rockefeller, who was the richest person in US history when he died in 1937, made his fortune from Standard Oil a precursor of ExxonMobil.

“There is no sane rationale for companies to continue to explore for new sources of hydrocarbons,” the RFF, which has relatively small total holdings of $130m (£92m), said in a statement. “We must keep most of the already discovered reserves in the ground if there is any hope for human and natural ecosystems to survive and thrive in the decades ahead.

“We would be remiss if we failed to focus on what we believe to be the morally reprehensible conduct on the part of ExxonMobil. Evidence appears to suggest that the company worked since the 1980s to confuse the public about climate change’s march, while simultaneously spending millions to fortify its own infrastructure against climate change’s destructive consequences and track new exploration opportunities as the Arctic’s ice receded.”

The Center of Integrity:

Rex Tillerson, the ExxonMobil chieftain nominated by Donald Trump to be Secretary of State, was a director of an offshore company in the Bahamas that is at the heart of Exxon’s close business dealings with Russia.

Tillerson was appointed in 1998 as a director of Exxon Neftegas, an ExxonMobil subsidiary involved in oil and gas operations in Russia, according to leaked documents from the Bahamas corporate registry received by the German newspaper Süddeutsche Zeitung and shared with ICIJ.

Tillerson was named president of Exxon Neftegas in the same year, but his position on the board of the Bahamas-based company has not been previously reported.  The Bahamas’ corporate tax rate is zero and it is known for financial secrecy, dubbed by The Economist this year as “the holdout” even among island havens for its reluctance to share tax data.

ExxonMobil said that it incorporates in the Bahamas because of the “simplicity and predictability” of the country’s laws for setting up companies.

“Incorporation of a company in the Bahamas does not decrease ExxonMobil’s tax liability in the country where the entity generates its income,” said Exxon spokesman Scott Silvestri.

The document highlights Tillerson’s business dealings with Russia, which have drawn new attention as he prepares to face confirmation hearings before the U.S. Senate. Under Tillerson’s leadership, Exxon Neftegas managed a major oil and gas project near the island of Sakhalin in Russia’s Far East. After Tillerson was promoted to CEO of ExxonMobil, the oil giant launched a partnership to search for new reserves in the Arctic with Rosneft, a Russian state-owned company.

Too little too late…

Also known as the “Foreclosure King,” Mnuchin earned the nickname for his bank’s practice of buying distressed mortgages during the financial crisis and evicting thousands of homeowners.

As the Chief Executive Officer and owner of OneWest Bank, Mnuchin oversaw what housing advocates called a “Foreclosure Machine.”

Programs were created and available specifically to help banks like OneWest work with families to modify their mortgages and keep them in their homes.

Instead, OneWest pursued an aggressive strategy of foreclosing on families to rack up profits. In one case in Minnesota, a homeowner in a foreclosure dispute with OneWest came home in the middle of a blizzard to find that the locks on her house had been changed.

OneWest used illegal tactics like “robo-signing”—falsifying key documents—to create a wave of foreclosures that kicked more than 36,000 families out of their homes.

Words that can come back to bite you 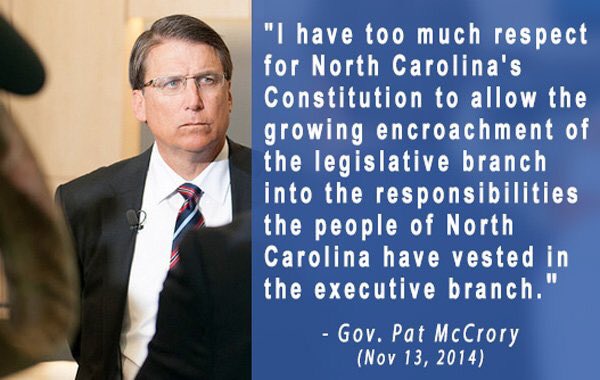 Posted on December 18, 2016 in Uncategorized

The latest housing finance reform bill making the rounds on Capitol Hill offers a bonanza for hedge funds seeking to cash in on their investments in Fannie Mae Mae and Freddie Mac—but the cost to taxpayers would be steep.

Congressman Mick Mulvaney, the South Carolina Republican, introduced the “Housing Finance Restructuring Act of 2016” last month to recapitalize Fannie and Freddie and release them from government control. Last week, the bill got a boost when a dozen conservative groups endorsed it.

“If enacted, the Housing Finance Restructuring Act of 2016 would allow Fannie and Freddie to retain capital and require each institution to maintain similar capital ratios as other large financial institutions. This will guard against future bailouts of the GSEs,” the National Taxpayers Union said in a statement.