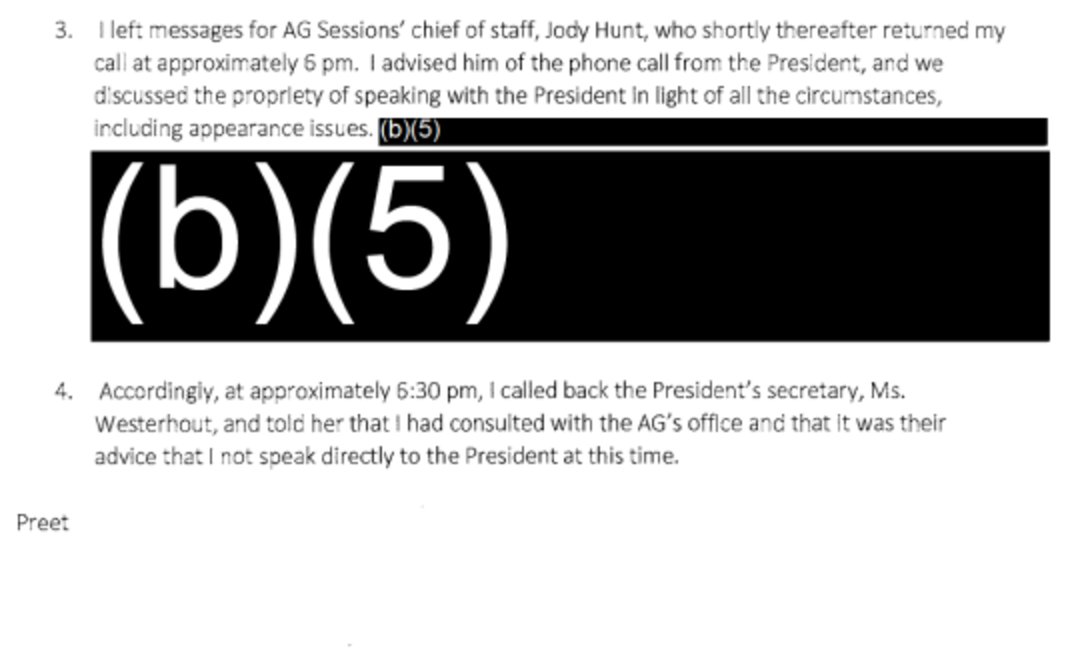 Former US Attorney Preet Bharara sent an email to Justice Department officials in New York to express concern about a voicemail he received in March from President Donald Trump’s secretary, Madeline Westerhout, according to emails BuzzFeed News obtained Thursday from the Department of Justice under the Freedom of Information Act.

The email was sent by Bharara on March 9, a day before he was asked to resign, to “memorialize certain events of today.”