Regulators to Wall Street Banks: Rescue Yourselves Next Time 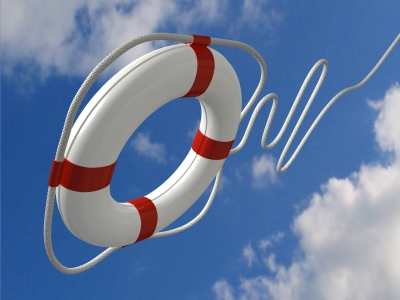 And it is about time!

After Wall Street has spent years trying to convince regulators that they could collapse without disrupting the financial system, the largest U.S. banks will soon have to take the additional step of showing how they can keep from failing in the first place.

The Office of the Comptroller of the Currency, which is responsible for maintaining the safety and soundness of national banks, is planning to propose a requirement that lenders with more than $50 billion in assets to provide blueprints for how they’ll withstand a crisis and maintain their businesses. It’s a big undertaking for bank compliance staffs and the first time many of the largest regional firms would have to submit formal survival strategies.

“Effective planning is critical to the resiliency of banks’ core business lines and critical operations,” OCC Chief Thomas Curry said in a statement. The initiative will lay out enforceable guidelines for recovery planning that lets a bank keep its doors open under severe stress, he said.

FOIA Controversy re TERMINATION of Allonhill as a “Consultant” for the INDEPENDENT FORECLOSURE REVIEW || WILLIAMS & CONNOLLY, LLP v. OFFICE OF COMPTROLLER OF CURRENCY . . . Case DISMISSED

Williams & Connolly, LLP v. Office of Comptroller of Currency (D.D.C. 2014) Status: Precedential View original: From the court One of the consultants, Allonhill, LLC (“Allonhill”), was engaged as an independent consultant for Aurora Bank until its termination at the direction of the OCC due to a conflict presented by Allonhill’s previous work and the independence requirements of the OCC in connection with the IFR. See Ex. 1 (Walker Decl.) at Ex. D, p. 15. __________________ 5 Williams & Connolly is counsel for the terminated consultant, Allonhill. -5- . . . Accordingly, for the foregoing reasons, the Court grants the Comptroller’s motion for summary judgment and denies the plaintiff’s motion for summary judgment and also its request for a hearing in the matter. SO ORDERED this 30 day of April, 2014.11 REGGIE B. WALTON United States District Judge

The Office of the Comptroller Currency ordered JPMorgan Chase to refund fees to certain retirement account customers whom it steered into its own mutual funds. The move reflected regulators’ broader concerns about conflicts of interest in its giant asset management business.

It appears that the Office of the Comptroller of the Currency and the Fed dropped the ball yet again on vetting firms involved in the Orwellianly-named Independent Foreclosure Review (IFR) for conflicts of interest. Michael Olenick’s expose on Allonhill, one of the “independent consultants” hired by Wells Fargo, led to Allonhill’s role being curtailed considerably.

But there’s no way to curtail the role of Rust Consulting, a firm that has been central in the IndependentForeclosure Reviews virtually from their onset. Rust was the firm that servicers engaged to handle the initial mailings to borrowers eligible for a review. The assumption of the authorities appears to have been that Rust was merely doing such low level stuff that it didn’t need to be checked; when I called the OCC to ask if the firm had been screened for conflicts of interest, the PR staffer who returned my call reacted as if the question was off-base (he said he’d get back to me with an answer the following day and never did).

But as both unhappy Congressmen and even more unhappy homeowners have found, Rust is playing a substantive review in the IFR, and one that has not stood up well to close scrutiny. Now it is bad enough that its independence is already subject to question, in that, like the “independent” consultants, it was hired by and paid for by the servicers. But it is even more troubling that its owners have deep ties and involvement in the residential real estate business, and Rust’s parent is being sold to the venture capitalarm of Citigroup, which is also subject to the IFR.

Cummings and Warren to OCC and Federal Reserve: Breaking the law is not a corporate trade secret.

At the meeting yesterday, Federal Reserve staff argued that the documents relating to widespread legal violations are the “trade secrets” of mortgage servicing companies. In addition, staff from the Office of the Comptroller of the Currency (OCC) argued that these documents should be withheld from Members of Congress because producing them could be interpreted as a waiver of their authority to prevent disclosure to the public of confidential supervisory bank examination information.

We strongly believe that documents should not be withheld from any Member of Congress based on the flawed argument that illegal activity by banks is somehow their proprietary business information. Breaking the law is not a corporate trade secret. As regulators, you identified systemic and widespread abuses two years ago, and concealing important information about these violations limits our ability to fulfill our responsibility to conduct oversight over the actions of mortgage servicing companies and to develop legislation to protect our constituents from further abuse.

It’s been five days since Jessica Silver-Greenberg’s article on the latest bank settlement was posted on The New York Times’s Web site. I’m still shaking my head. Her “story behind the story” of the $8.5 billion settlement between federal bank regulators and 10 banks over their foreclosure misdeeds illustrates just about everything that is wrong with the way the government has handled the Great Foreclosure Crisis.

Shall we count the ways?

1. It is more about public relations than problem-solving. Pick a program — any program — that the Obama administration unveiled to help troubled homeowners over the past four years. Not one has amounted to a hill of beans.

This settlement is no different. The country’s primary bank regulator, the Office of the Comptroller of the Currency — which, along with the Federal Reserve, engineered the settlement — is trying to make it look like a victory. Of the $8.5 billion, $3.3 billion will go directly to foreclosed-upon borrowers, making it “the largest cash payout to date,” according to Bryan Hubbard, the O.C.C.’s chief spinmeister. (The rest of the money will consist of reduced interest payments and loan modifications.)

In truth, the O.C.C. needed to save face after a foreclosure review process it had mandated had become an expensive fiasco. As amply demonstrated by Silver-Greenberg andAmerican Banker, the government insisted that the banks hire expensive consultants to do a review of every foreclosure that took place in 2009 and 2010. The consultants racked up more than $1 billion in fees, while proceeding at such a molasseslike pace that the feds and the banks finally threw up their hands. The settlement made the whole thing go away.

2. Accountability? What’s that? We have known for a long time that overwhelmed bank servicers took shortcuts, like robo-signing, that violated many state laws. They also put people through hell who were trying to get a modified mortgage. “I’ve seen marriages break up because of what banks put families through,” says Elizabeth Lynch of MFY Legal Services. All this settlement does is push those misdeeds under an $8.5 billion rug.

(Reuters) – A U.S. congressional oversight panel asked regulators to delay a multibillion dollar mortgage settlement with 14 large banks so that the lawmakers could review the deal, according to a letter made available on Saturday.

“We would like more information about how the potential settlement amount is to be determined in light of the potential wrongdoing identified to date,” said the January 4 letter to Federal Reserve Chairman Ben Bernanke and the Comptroller of the Currency Thomas Curry.