Yes, Hillary should ask Jamie “tempest in the teapot” Dimon  that question.

Yesterday, building on the momentum afforded her by a series of articles in the New York Times, Hillary Clinton asked the audience at a campaign stop in Toledo, Ohio: “What kind of genius loses a billion dollars in one year.” Clinton was referring to the New York Times revelation on Sunday that Donald Trump’s 1995 tax return showed a loss of $916 million. (See video clip below.)

If Hillary really wants to know what kind of genius can lose a billion dollars in one year or $6.2 billion in the case of traders at JPMorgan Chase, she should ask the bank’s CEO Jamie Dimon. The $6.2 billion London Whale loss at JPMorgan Chase is far more scintillating a feat since it involved wild derivative gambles in London in 2012 using the taxpayer-backstopped, insured savings deposits at the largest bank in the U.S. The U.S. Senate’s Permanent Subcommittee on Investigations conducted an in-depth investigation and report of the matter. The Chairman of the Subcommittee at the time, Senator Carl Levin, stated that JPMorgan “piled on risk, hid losses, disregarded risk limits, manipulated risk models, dodged oversight, and misinformed the public.”

Credit Suisse has placed five employees on leave while it carries out an internal investigation related to tax matters, the Swiss bank said on Sunday.

“Credit Suisse is carrying out an internal investigation relating to tax matters,” the bank said in a statement. “The review is focusing on employee conduct.”

A Connecticut woman flipped the script against CitiMortgage for attempting to foreclose on her home by taking the company to court this week for allegedly violating state and federal foreclosure laws.

The suit filed in U.S. District Court in New Haven seeks damages for so-called dual tracking of a distressed mortgage, which is barred by a 2014 modification to the Real Estate Settlement Procedures Act made by the Consumer Financial Protection Bureau. Dual tracking is when a lender pursues foreclosure during loss mitigation.

Eight years ago, according to the Napa Valley woman, she warned supervisors that co-workers at her St. Helena branch were secretly opening and closing accounts without customers’ permission.

Within two months of being hired, Guitron said she started noticing “things that didn’t seem right” — customers were questioning why they were receiving higher service charges than they expected.

At first, she thought it was an honest mistake and the situation temporarily improved, the St. Helena woman said in an interview this week. But her perspective changed as time went on.

Once she was no longer employed by Wells Fargo, Guitron was one of the plaintiffs in a lawsuit filed in August 2010 alleging the bank had set “unreasonably aggressive and ambitious marketing goals” that encouraged employees to “artificially increase bank activity” and sell products regardless of whether customers actually needed them. The lawsuit also accused Wells Fargo of fostering an environment where employees engaged in “fraudulent and even criminal activity” and managers retaliated against workers who refused to fall in line.

A federal district court sided with Wells Fargo over Guitron in 2012, finding that the bank was justified in firing her. She also lost on appeal in 2015.

But Guitron’s allegations are receiving new attention with the bank embroiled in a national scandal over claims that bear close resemblance to some of the central charges made in her lawsuit.

A U.S. senator recently invoked her case while publicly criticizing Wells Fargo, and she has since been featured in media outlets including the New York Times, Reuters and CBS. 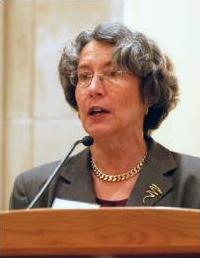 For Estela Slikker, life as a personal banker at a Chase branch in the East San Francisco Bay city of Martinez wasn’t easy.

She worked long hours trying to open enough accounts to meet her monthly sales goals and earn bonuses that could more than double her minimum-wage pay.

After a fight with her boss, though, she had enough.

Slikker quit and headed to rival Wells Fargo & Co., but once there found something even more unpleasant — far tougher sales goals and co-workers who had figured out how to meet them by gaming a flawed incentive system.

The situation at Wells Fargo “was 10 times or 20 times worse,” she said.

“At Chase, they were more interested in getting money from people — getting deposits. With Wells Fargo, they just cared about how many accounts you opened. That’s where it started with all those employees doing fraudulent activities,” said Slikker, who worked for Chase in 2011 and at Wells Fargo for two years after that.

Merrill Lynch plans to tell its more than 14,000 brokers today that they cannot receive commissions for advice on retirement accounts, becoming the first big firm to fundamentally shift its sales philosophy in the wake of the Department of Labor’s new fiduciary rule.

The decision by the Bank of America-owned broker-dealer has broad implications that will likely affect broker compensation, hiring policies, selling contracts between mutual fund companies and brokerage firms and the growth of no-frills investment platforms such as the bank’s own Merrill Edge program for “self-directed” investors.

Merrill’s decision means brokers who generate business by persuading people to roll over 401(k) company retirement plan assets into individual brokerage accounts and who charge commissions for individual retirement accounts will have to rethink their strategies and, more practically, “repaper” current clients by shifting them to fee-based accounts, or, by sending them to Merrill Edge.

To ease the transition, Merrill will allow advisors to discount the fee charged customers who remain with the firm but have to switch their retirement accounts to the fee-based investment advisory platform known internally as Merrill One, said a person familiar with the plan.