British politicians have urged banks to provide more services in poor areas after a Reuters article showed the largest are disproportionately closing branches in the lowest-income areas while expanding in wealthier ones.

The analysis published last week found more than 90 percent of the branch closures were in areas where the median household income is below the British average of 27,600 pounds ($36,600).

“The research is very worrying and I hope the Treasury are aware of it,” James Heappey, a Conservative member of parliament (MP), told the House of Commons in a debate on Thursday.

In what the plaintiffs’ attorneys are calling a “first of its kind” decision, a federal jury in Brooklyn ruled this week that Emigrant Savings Bank and Emigrant Mortgage Company engaged in predatory lending by “aggressively marketing toxic mortgages to Black and Latino homeowners with poor credit” in the run-up to the housing crisis.

The decision is the first jury verdict finding a bank liable for targeting grossly unfavorable and predatory financial products to African-American and Hispanic communities, a practice known as reverse redlining, Legal Services NYC said in a release.

The plaintiffs’ attorneys also said that this is the “first case where a jury had the opportunity to hold a bank accountable for predatory practices that contributed to the financial crisis in 2008.”

According to Legal Services NYC, the jury awarded six plaintiffs a combined $950,000 in damages.

“There are essentially six legal claims we are asserting in this lawsuit on behalf of the composed class members,” said attorney Jared Beck in a YouTube video announcing the lawsuit. “The first is a claim for fraud—against the DNC and Debbie Wasserman Schultz—based on the revelations from the recent Guccifer 2.0 documents purportedly taken from the DNC’s own computer network.” The Guccifer 2.0documents include internal memos in which the DNC broke legally binding neutrality agreements in the Democratic primaries by strategizing to make Hillary Clinton the nominee before a single vote was cast.

The second claim filed is for negligent misrepresentation, a legal theory based on the first claim of fraud. The third claim alleges the DNC and Wasserman Schultzparticipated in deceptive conduct in claiming the DNC was neutral during the Democratic primaries, when there is overwhelming evidence suggesting favoritism of Clinton from the beginning. The fourth claim of the lawsuit seeks retribution of any monetary donations the DNC to Bernie Sanders‘ campaign. The fifth claim alleges the DNC broke its fiduciary duties during the Democratic primaries to members of the Democratic Party by not holding a fair election process. The sixth claim is for negligence on behalf of the DNC—for not protecting donor information—as hackers broke into the DNC networks, potentially compromising their personal information.

And here is the lawsuit Beck & Lee law firm Facebook:

Federal Court of the Southern District of Florida

To download and view the Complaint and other initiating documents, please go to:

On side note from USUNCUT:

Beck said he believes the lawsuit will be successful, as Article 5, Section 4 of the charter and bylaws of the Democratic Party explicitly requires the chair of the DNC to remain impartial during the primary process:

In the conduct and management of the affairs and procedures of the Democratic National Committee, particularly as they apply to the preparation and conduct of the Presidential nomination process, the Chairperson shall exercise impartiality and evenhandedness as between the Presidential candidates and campaigns. The Chairperson shall be responsible for ensuring that the national officers and staff of the Democratic National Committee maintain impartiality and evenhandedness during the Democratic Party Presidential nominating process.

Beck and Lee is a civil litigation firm that has previously won multi-million dollar judgments in previous civil cases. While their firm is based in Florida, they have prior experience in nationwide class action lawsuits, with Elizabeth Lee Beck serving as co-lead counsel in a nationwide class action case against Unilever. Anyone wanting to join Beck & Lee’s lawsuit is encouraged to email dncfraud@jampac.us and follow the progress of the lawsuit on its official Facebook page.

Inside the leak that rocked the world: WIRED meets the men behind the Panama Papers

It’s not often a single anonymous message can result in ripples being made around the world’s political and economic elite. The one sent to Bastian Obermayer did.

The message the investigative journalist received was from ‘John Doe’ – the unknown whistleblower responsible for thePanama Papers’ revelations.

Iceland’s prime minister resigned; 800 companies are being investigated in Australia; 64 firms are being grilled in the UK;“Putinphobia” was created; and Obama called for global tax changes.

“At the beginning I didn’t think this was the new big story,” Obermayer, 38, told WIRED. Once the source had made contact and some initial verification documents had been sent, the Süddeutsche Zeitung newspaper journalist met colleague Frederik Obermaier and drank ouzo in a “shabby” Greek restaurant in Munich.

Now, several months after the global story broke and implicated world leaders, the pair has detailed the inside story of its investigation in a new book. A statement inside the book from ‘Doe’ says the 11.5 million documents, totalling 2.6 terabytes of data, were released to stop “massive, pervasive corruption”.

Brexit: A Call for Democracy or an Act of Economic Shortsightedness? 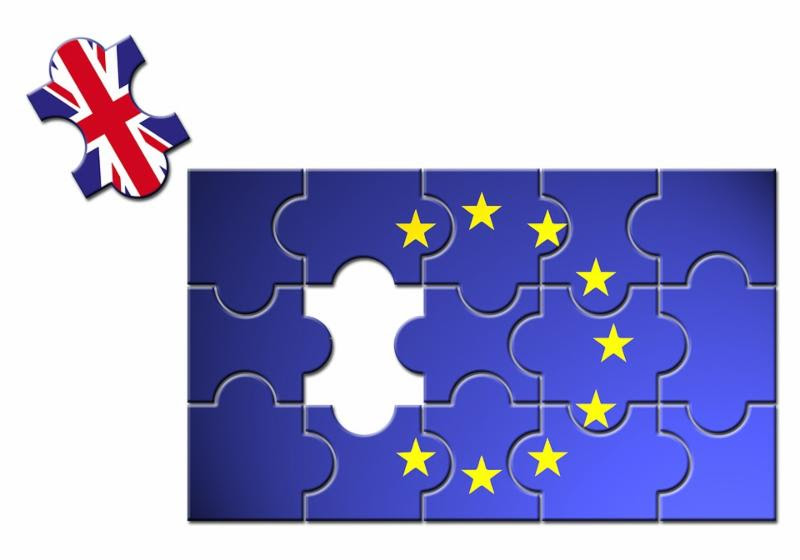 The largest blow the British population has delivered to its establishment in modern history – was it strategic or just plain stupid? Well, that depends.
This last week’s furor over Brexit has filled the news channels. In a pretty close race – 52 % Leave; 48 % Remain, with 70% voting – the British Isles voted to step out of the European Union. The referendum vote has polarized the country and triggered Prime Minster David Cameron’s resignation after the British public rejected his entreaties to remain.
Prime Minister David Cameron had argued that Brexit would be an act of “economic self-harm.”

Numerous heads of government including President Obama, Chancellor Angela Merkel of Germany and President Xi  Jinpang of China, Britain’s’ own conservative government Labor party, the Liberal Democrats and the Scottish National Party chimed in against Brexit, to no avail. In fact, even some of our own Wall Street TBTF banks, J.P. Morgan Chase and Goldman Sachs, who each have a real vested interest in Britain as one in six of their employees are based there and who contributed to the REMAIN campaign, encouraged REMAIN and staying with the E.U., to no avail.

This is why super PACs need to be eliminated. The same man who created a pro Sanders super PAC that was arrested for fraud is now creating a pro Clinton super PAC. It makes me wonder if this is politically motivated…

Cary Peterson spent all of May behind bars in New Jersey, arrested for securities fraud and sending handwritten complaints to the district court about the difficulty of using prison phones.

He spent June getting out on bail and creating a new super PAC.

Peterson first made headlines last year as the “chairman“ of a hybrid super PAC called Ready for Bernie Sanders 2016. After the organization came under fire from both the Sanders campaign and the Federal Election Commission for misleading voters, Peterson caught even more heat — this time from the FBI and the Securities and Exchange Commission: He was arrested in March on multiple counts of fraud related to his business dealings in a trail of deceit that started years before his involvement in presidential politics. Now out on bail and under a judge’s orders to remain at his mother’s residence in Arizona, Peterson is listed as the “chief coordinator” of a second super PAC, this one in support of Hillary Clinton.

The new complaints filed by J. Whitfield Larrabee include the same basic allegations included in complaints he filed with Florida ethics and elections officials earlier this month. The big difference this time is that Larrabee is seeking criminal, not civil, penalties.

One American’s True Story: “How I Went From Middle Class To Homeless”

BancorpSouth will pay $10.6 million to settle charges against the bank by theDepartment of Justice and the Consumer Financial Protection Bureau, which accused the Mississippi-based bank of redlining and discriminatory lending practices.

According to a joint release from the CFPB and the DOJ, the agencies accused BancorpSouth of a number of discriminatory practices, including illegally redlining in Memphis; denying the mortgage loan applications of certain African-Americans more often than similarly situated non-Hispanic white applicants; charging African-American customers more for certain mortgage loans than non-Hispanic white borrowers with similar loan qualifications; and implementing an “explicitly discriminatory loan denial policy.”

May be Donald Trump bought lists – bizarre for grassroots campaign – but how does he opt out of foreign donations? pic.twitter.com/jVwfdFnI6U

Just pitiful… Now Trump is hitting up his Facebook followers for dough. Rawstory:

Republican presidential candidate Donald Trump — who boasted throughout the primary that he was self-financing his campaign — used his Facebook page as a fundraising platform on Thursday.

A short video featuring the presumptive GOP nominee’s views on immigration was attached to a request for donations ranging from $10 to $2,700.